The Alexander Technique is named after the Australian actor and recitor Frederick Matthias (FM) Alexander (1869 – 1955).

Alexander suffered from persistent voice and breathing problems during his career, which medical doctors were unable to resolve.

The frustrated Alexander then started to observe himself and, over the course of 10 years, came to the conclusion that his posture and habitual movement patterns were at the root of his problems.

This way he discovered that he could cure his vocal problems and improve his general health by consciously changing the way he used his body.

The changes he brought about in himself were so remarkable that people around him who also suffered from health problems asked him for help.

So, Alexander gave up on his acting career and began teaching others his technique.

In 1904, he moved to London and eventually set up a training school.

Today the Alexander Technique is taught all over the world. 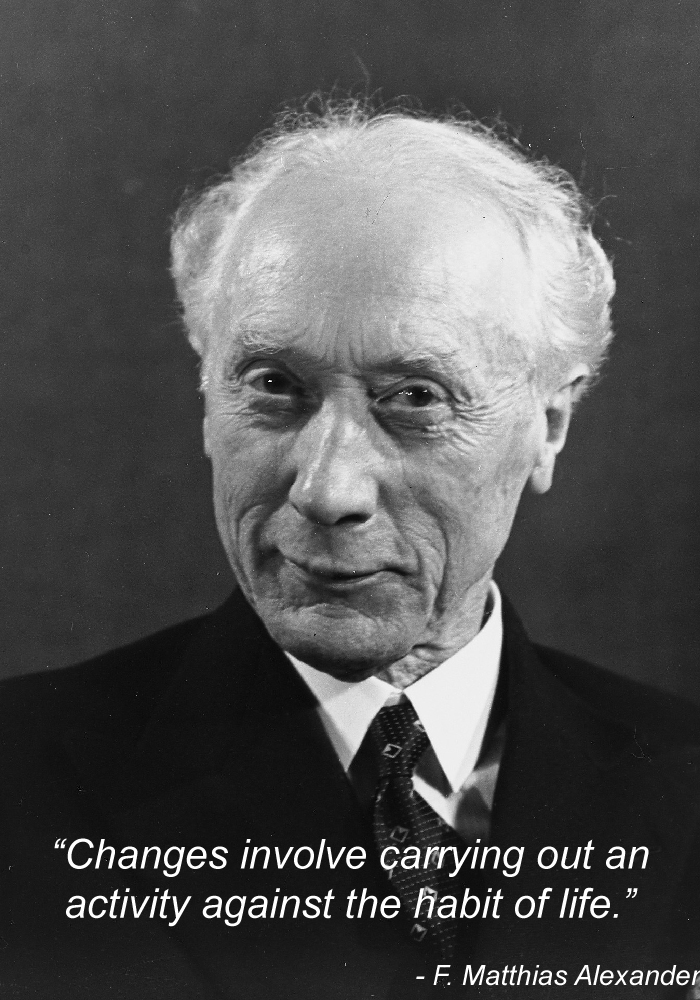